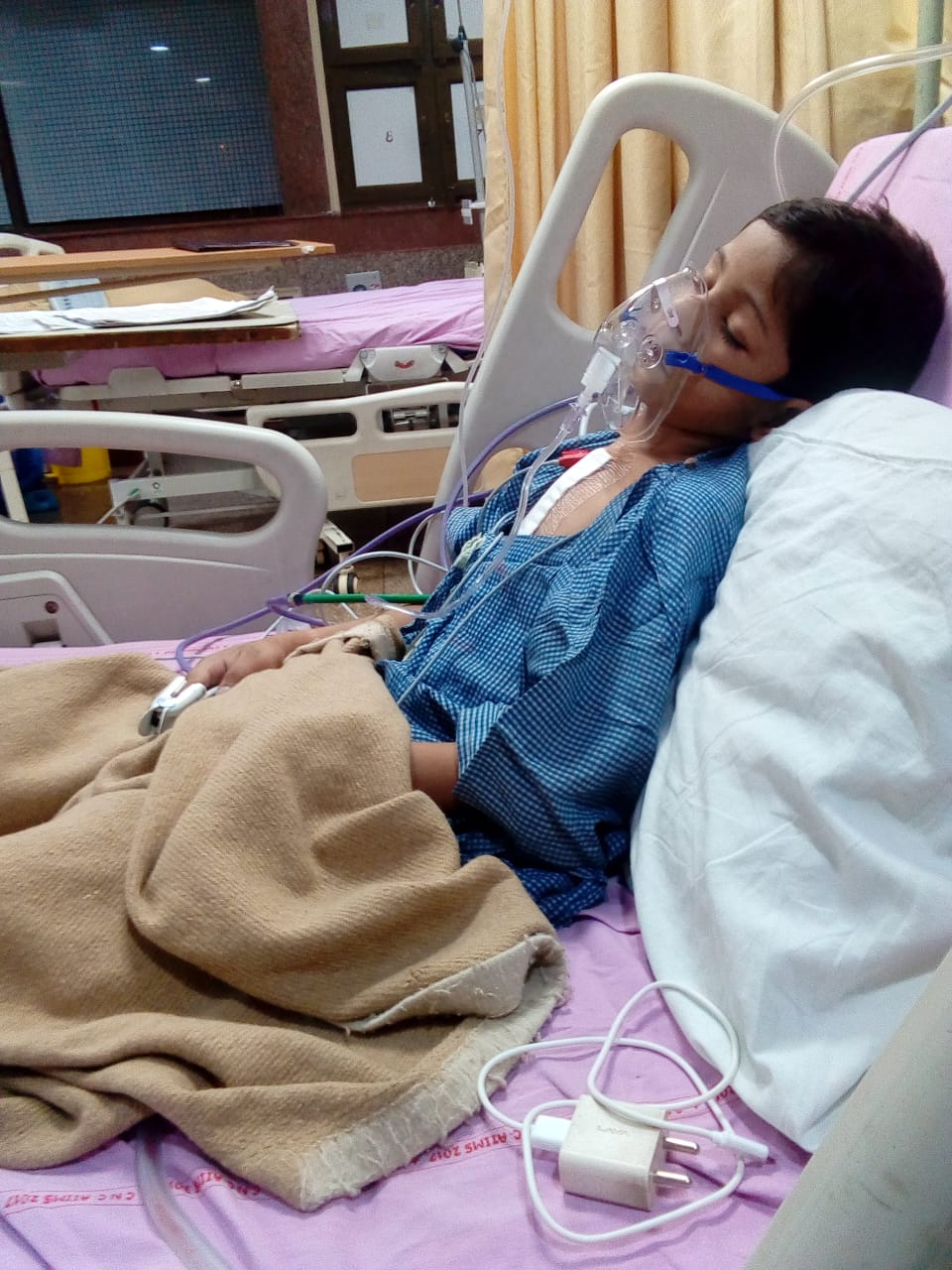 “Misery turns into devastation when the poverty becomes the reason for losing life.”

Munendra Kumar and Lakshmi Devi are parents to the only son Divyanshu. When Divyanshu was born, it was a blessing for both parents. However with this blessing, also came an unknown circumstance. Divyanshu’s body used to turn blue in colour whenever he cried. Divyanshu’s father, a labour worker along with wife Lakshmi took Divyanshu to see a doctor. Doctors kept running tests for more than a month and found out that the child has a hole in his heart and that if soon he is not operated, it could endanger his life. After this they took him to AIIMS hospital where after running some tests, Dr Anita Saxena assured the parents that their son will soon recover.

But all was not well. Divyanshu was not getting any better due to which he could not be operated and since then he was kept in hospital for 5 years for blood transmission. Finally after 2 months and 20 days he underwent surgery which costed the parents around Rs 50,000/- which they were able to pay by themselves and their relatives. For his second surgery for recovering his heart valves which were blocked would cost him Rs 65,000/-.

It’s a very common happening that difficulties pour upon those who are already suffering a lot in their life. This situation was totally commensurate with that of Divyanshu. His family has already exhausted all their savings. . With utter sadness & a little hope in eyes, Divyanshu’s family approached us for the help. As it’s a saying that “Hope sustains Life” & thus their Hope turned out to be faithful towards Divyanshu.

We at Dream Girl Foundation along with the extended support provided by the Donors helped to raise the required fund for his surgery & his operation proved to be successful in AIIMS Hospital.

The deep rooted feeling of Empathy exhibited by our Donors played a major role in the upliftment of Divyanshu’s dismal spirit & now he is leading a normal happy life with his family. 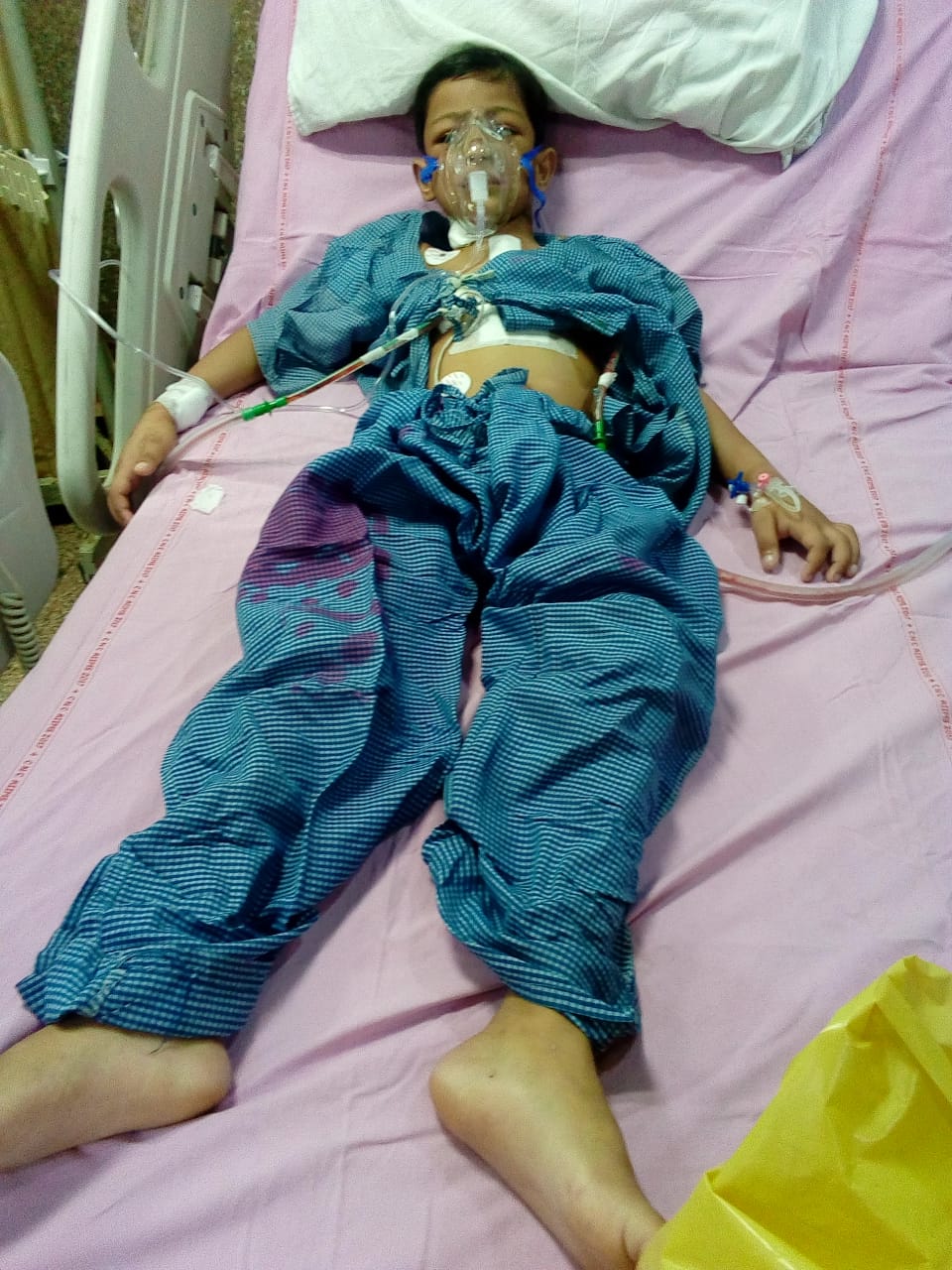 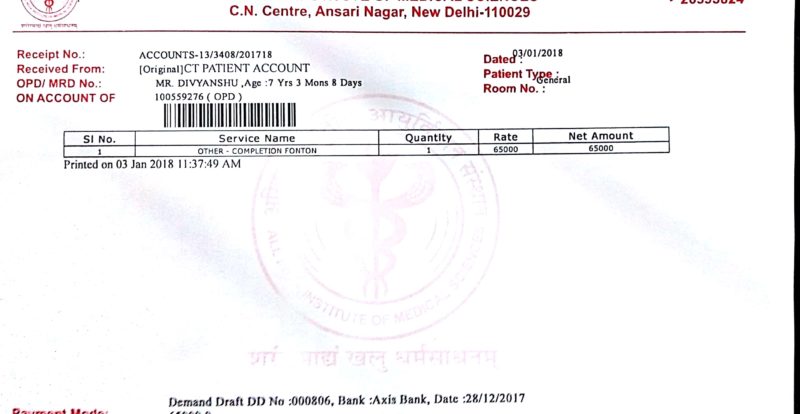